How Safe is Vaping?

It seems like there’s a new vaping retailer around every corner in Kamloops. Vapes, or e-cigarettes, have been around for many years, but it’s only recently that their popularity has grown into a multi-billion-dollar industry. They originated as a smoking cessation aid, but thanks to the addition of some pleasant flavors and clever marketing, vaping has become a fun way to pass the time.
So why is vaping so popular and how safe is it for your health?

Vaping involves inhaling vapor from a small cylinder filled with chemicals and flavors. Most vaping devices have a battery that heats the liquid in the pipe to steam. They come in a variety of shapes and sizes, and sometimes look like a USB stick or pen. Global News reported that the devices are now so small that students are sneaking them into class where they exhale the mist into their shirts!

In vaping liquids, nicotine and/or flavoring compounds are dissolved in a mixture, typically propylene glycol and/or vegetable glycerin. The nicotine content can vary widely, some with very low levels, but some, such as JUUL, have more nicotine than a cigarette! 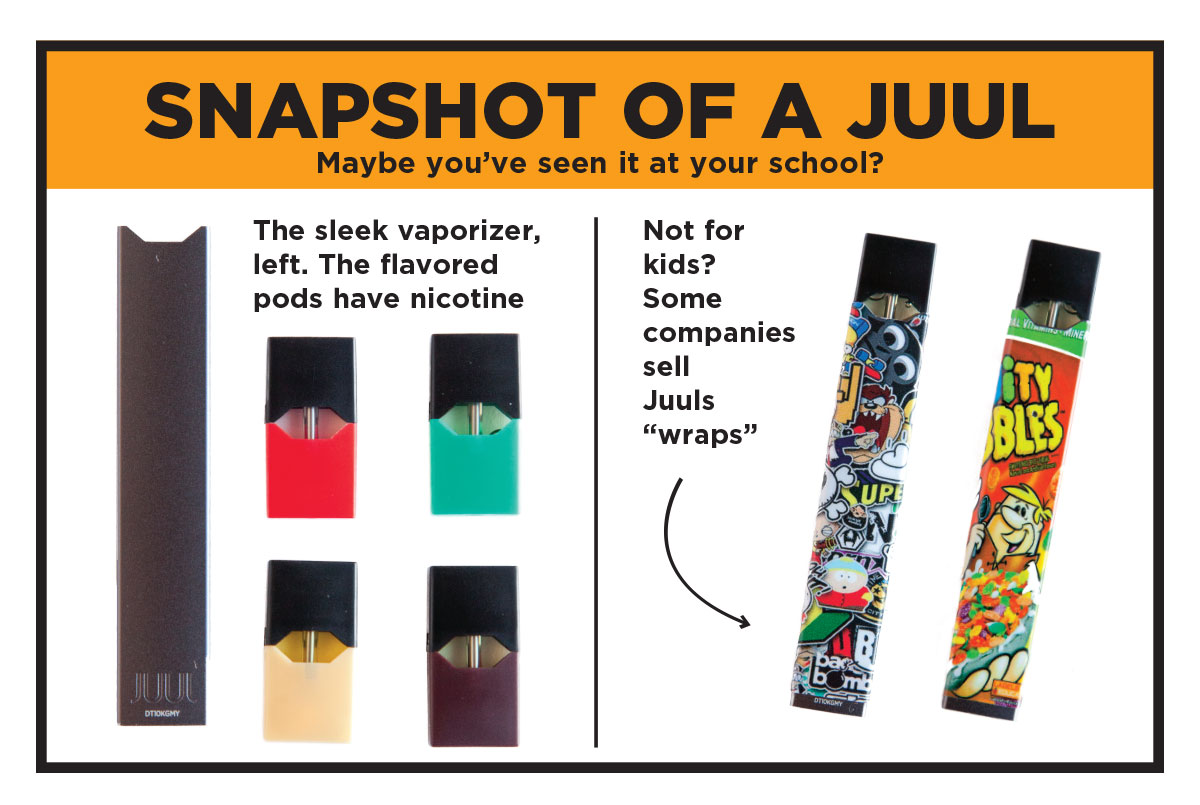 What are the risks?

The long-term health effects of vaping are currently unknown but continue to be researched. The Canadian Dental Association advises against use of any nicotine products and current evidence shows that vaping can lead to nicotine dependence in persons not previously using tobacco products, especially in young people. Since almost all e-cigarettes contain nicotine, stopping the vaping habit will cause the same withdrawal symptoms as quitting cigarettes and other tobacco products.

Many who vape believe that steam is safer than smoke. But in reality, the same harmful chemicals are released by both processes. A recent study found that vaping causes the same lung irritation that we see in smokers and also increases the risk of heart disease and stroke. Vaping is also particularly dangerous to oral health, as the chemicals create inflammation that can lead to gum disease and even oral cancer.

And just as second-hand smoke is dangerous to others, the vapor from e-cigarettes has been shown to introduce nicotine and other chemicals (including formaldehyde and lead) into the air.

One of the most troubling trends with e-cigarettes is their growing use among teenagers. The FDA has made the statement that nicotine is harmful to the developing brain. And no teenager should be using any tobacco or nicotine-containing products.

Think before you inhale

I hope this article will help you make an informed decision about vaping. In the end, it’s up to you! My best advice would be not to use e-cigarettes at all, but if you do continue to vape, talk to your dentist! We can help spot cancer and oral disease in the developing stages when it is more easily and successfully treated.

Our team at Horizon Dental is dedicated to helping people achieve optimal oral health. We are excited to be accepting new patients and you can contact us by clicking here!